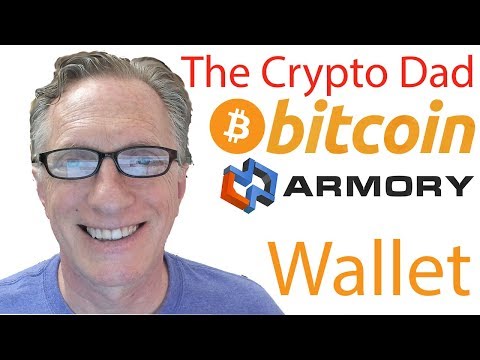 WARNING: A fake electrum website with malware is advertising on duckduckgo and yahoo.

If you perform a search for electrum on duckduckgo or yahoo, an ad claiming to be electrum.org will be at the top.
In reality the ad links to: electrum-bitcoin org
The domain was created December 21.
This site is nearly identical to electrum.org except the download links give different files. All three of the files that can be download are much smaller than the real electrum and are most likely malware. The three files are: electrum.exe - 91136 bytes electrum.out - 60316 bytes electrum.zip - 32478 bytes
 EDIT: Some Advice:
When installing software, especially something as import as wallet software, it is a good idea to verify the integrity of the download with a signature using a key that was obtained from one or more seperate sources.
I made a list of the keys used to sign popular bitcoin wallets below to act as another source to verify the integrity of those keys.
Bitcoin-Qt: Signer: Gavin Andresen [email protected] Fingerprint: 2664 6D99 CBAE C9B8 1982 EF60 29D9 EE6B 1FC7 30C1 Key ID: 1FC730C1 Key Link: bitcoin.org/gavinandresen.asc
Electrum: Signer: ThomasV [email protected] Fingerprint: 6694 D8DE 7BE8 EE56 31BE D950 2BD5 824B 7F94 70E6 Key ID: 7F9470E6 Keyserver: pool.sks-keyservers.net
Multibit: Signer: Jim Burton (multibit.org developer) [email protected] Fingerprint: 299C 423C 672F 47F4 756A 6BA4 C197 2AED 79F7 C572 Key ID: 79F7C572 Keyserver: pgp.mit.edu
Armory: Signer: Alan C. Reiner (Offline Signing Key) [email protected] Fingerprint: 821F 1229 36BD D565 366A C36A 4AB1 6AEA 9883 2223 Key ID: 98832223 Keyserver: pgp.mit.edu
The signatures provided for some of the wallets are signatures of the hash values, so be sure to verify that the hash of the downloaded file matches the hash that was signed.
 EDIT: GPG Examples:
Verifying Bitcoin-Qt:
First download, import and check Gavin's key:
Download his key at bitcoin.org/gavinandresen.asc
In terminal or command line run:
Check that the fingerprint for Gavin's key matches 01CD F462 7A3B 88AA E4A5 71C8 7588 242F BE38 D3A8.
Then download the wallet software and signature.
Verify the signature:
You should see:
The signature for Bitcoin-Qt signs the hash values. So we must compute the hash of the downloaded software. This example is using the linux version.
Check that the output matches the associated hash value in SHA256SUMS.asc
Verifying Electrum:
First download, import and check ThomasV's key:
This key can be found at a keyserver.
Check the fingerprint.
Download Electrum and the signature.
Verify the signature:
You should see:
For this example you do not need to compute any hash values because the signature is signing the downloaded file directly.

all blockchain and pricing data on bitcoinwallet.com is provided “as-is” and is to be used for entertainment purposes only, and should not be used or relied on in any way to influence or direct trading or investment decisions or funds availaibility or funds value. neither bitcoinwallet.com, nor its employees, contractors, owners, operators or data sources verify or are responsible for the ... » bitcoin yahoo.com bitcoin mail » bitcoin download » bitcoin-downloadbitcoin download » bitcoin download_bitcoin download » 何謂api key bitcoin » armory windows 8 bitcoin » bitcoin 개발 » bitcoin client api pobierz » oracle virtual box bitcoin » bitcoin explorer download The Armory wallet is essentially a file on your computer that holds all your bitcoin private keys. Each private key contains an 80-digit number that is pretty much impossible to guess. If your wallet is ever lost or stolen, the only way to recover the keys is through a paper backup. Bitcoin Armory is a full-featured, open source Bitcoin client promising a dozen features not found in any other client software. Manage multiple wallets (deterministic and watching-only), print paper backups that work forever, import or sweep private keys, and keep your savings in a computer that never touches the internet, while still being able to manage incoming payments, and create ... Bitcoin Armory Get Armory. is another old and tested Bitcoin wallet for all desktop platforms. It is definitely more for an advanced users, so beginners might find using the wallet a little confusing. However, the advanced features and security options make it a great choice for the more experienced Bitcoiner. Supported Platforms: MacOS, Ubuntu, Windows, Rasberry Pie. Pros. Old and trusted ...