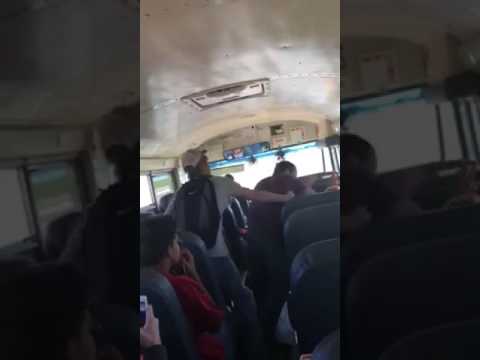 Disclosure: I'm invested in ActiveMining... However, I consider myself a straight shooter, and am willing to field any questions people may have on this security. The day I purchased BTC was the day that I considered that money destroyed.
Picture of VMC Headquarters
Bitcointalk Forum Link
BitFunder Price Link
BTC-TC Price Link
It's been a rough start, but I think that ActiveMining is on the right track now. Below is a list of things I have put together about what has been happening:
Previously, investing in ActiveMining - rather AMC beforehand, would have been seen as too high of a risk for most. Right now... I'll let you make that decision. I'll start by giving you a pretty thorough rundown of what the hell has been going on the past year.
A little about Kenneth Slaughter (CEO Owner):


He's been into Bitcoin since 2009 and has had a BTCTalk account since 2010. He decided to look back into bitcoin in early 2012 and saw that the price was $6.50. He then started putting resources from a contract IT Job into GPU mining equipment. He then took most of the bitcoins he mined in 2012-2013 and purchased 6 Batch 2 Avalon's in February 2013. Needing to pay back to the first investors, he released a small dividend under AMC from profits on G.ASICMINER-PT dividends and the sales of G.ASICMINER-PT shares. This is where the idea of VMC began. He reasoned that you could not count on other manufactures to deliver their products on time or to even continue producing their product. i.e. BFL, Avalon. So VMC was created to provide AMC with a stable supply of bitcoin mining machines.


The contract was originally written something like this:
crash, bang, boom
Ken is an engineer and private businessman. In my opinion he had no experience with the dealings of managing a public company or being an underwriter. Having talked with Ken, I could say that he really wanted to get this company off the ground, but he made a few mistakes:
After the price of AMC surged from .0005 then to .0008, back down to .0005, then back up to .0008 then to .0014, then to .004, then back to .0025, Ken valuated the company at a higher value than .0025 but decided that it was reasonable to place a second offering of 4 million shares at .0025 to pay for an NRE for AMC's own chip. 1 million shares were purchased, then things started falling apart, mostly, the unfair way the contract was written. Many believed that the contract was screwing the investor out of money by not giving more profits from sales (10% at the time) since investors fronted most of the money. There are more details and grievances left out but this is getting long. I can answer questions about that if you'd like.
So, what happened?
Ken got together with forum members and worked out a new contract:
So, what plans does ActiveMining have and why is there 4 million shares for sale at .0025 on both exchanges?
All in all, I think is has been a learning experience for Ken. Everyone seems appeased at the moment, good things are happening, and I hope this answers some of your questions. If you have any more, let me know and I'll try my best.

Huge updates you missed at Zilliqa! Support me on Patreon and receive amazing Benefits: https://www.patreon.com/blockchainandy?fan_landing=true Follow me on ... As more people make more money in this thriving space Kenneth goes over the dynamics between Bitcoin and Tax laws and how difficult it can be to take profit. TOPICS IN THIS INTERVIEW: 01:00 ... Clients of QuadrigaCX, Canada's largest cryptocurrency exchange, are panicking over $250 million in frozen assents after the death of the company's CEO, Gera... News Live Spotlight 360° Video Browse channels Sign in to like videos, comment, and subscribe. Sign in ... Check out That Martini Guys channel and subscribe for objective content about Bitcoin! https://www.youtube.com/watch?v=vujflxQaPRw Check out more Bitcoin vid...